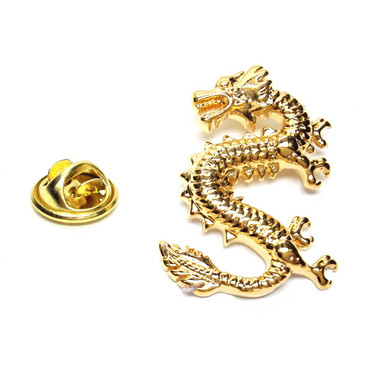 The mythical dragon creature is depicted beautifully on our golden dragon pin badge.

Popular throughout the world, the dragon is represented in many cultures.

In England St George is credited with slaying the fire breathing dragon.

If none of the above are significant - it's just a really lovely adornment for your outfit!

Have you seen the matching Golden Dragon Cufflinks, to make a beautiful matching set.