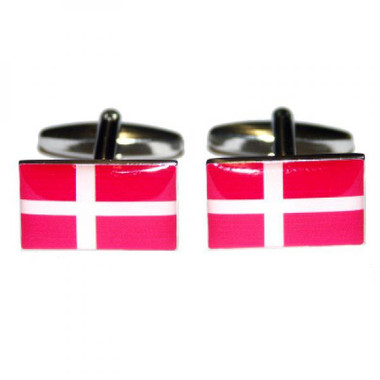 Denmark is Europe's oldest kingdom and its flag is the oldest European flag having been officially adopted in 1625.

The red flag with a white cross is known as the Dannebrog, or 'Danish Cloth'.

According to Danish legend, the Dannebrog descended from the skies during a battle in Estonia on June 15, 1219.

These Stylish Cufflinks designed as the Dannebrog are perfect flag cufflinks accessory addition for the Patriot's outfit.

The Danish Flag cufflinks are made to the finest details to the highest standards and are sent in a gift box as a gift or to keep the cufflinks safe.